“Getting Found: ELT, PLB and SAR/SAT”

Have you ever wondered what would happen if you were so unfortunate as to actually need to USE that Emergency Locator Transmitter mounted in the back of your airplane? But, you live in the upper Midwest, and it’s not like you’re flying over untracked wilderness all the time, right? Mike Vivion flew in Alaska for nearly 30 years, and has spent a number of nights out, as well as having coordinated his own rescue after a crankshaft failure in northern Alaska. After extensive research on the 121.5 vs 406 ELT functionality, he firmly believes it is time to make the switch to a 406 ELT in your airplane. In this presentation, he’ll discuss in detail the advantages and details of the 406 system, why it is so much better than the old 121.5 system, and discuss other devices and tools the smart aviator can carry and use to facilitate his or her own rescue in the event things don’t go quite as planned.

Mike Vivion grew up in Montana, but learned to fly in Hawaii in 1969, and his first checkride experience wasn’t the prettiest. He is a graduate of the University of Montana with a degree in Wildlife Biology. He served as a Wildlife Biologist and Airplane Pilot in Alaska for nearly 30 years, working and flying in many remote parts of Alaska. After his retirement from the Fish and Wildlife Service, he accepted a position at the University of Minnesota-Crookston, teaching and advising in the aviation program there. Mike “re-retired” in 2013, and he and his wife Gina moved to Bozeman, Montana, where they currently reside. Mike has been a flight instructor for over thirty years, and has written for numerous aviation publications. He has been a regular presenter at Montana Aviation Conferences for over ten years. Mike kindly became a founding
Board member of the Minnesota Pilots Association, which he serves as Vice-President. He is now our “out state” board member. 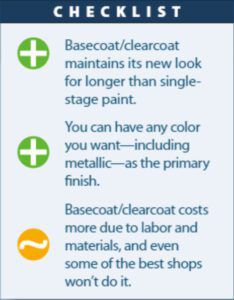