The recipient of the Captain Edward L. Erickson Scholarship is Michael Ochsenbauer from Forest Lake, MN. Michael is a highly motivated young adult that willingly participates or volunteers for opportunities he hears about. He’s attended MN Aviation Career Education Camp and has been involved in EAA AirVenture, CAP, Young Eagles, H.S. Ski Team, is an Eagle Scout and was a National Honor Society Officer. While in H.S. Michael took AP classes and earned college credits from the U of M and Century College. He is attending Southern Illinois University on an academic scholarship. He is working on his commercial pilot license and plans to use the scholarship money to defray the cost of completing the training course. He achieved first place in the 2019 NIFA Flight Team Short Field Landing competition. Not only does he loves flying, but also Michael loves aviation mechanics. A letter of recommendation, that accompanied his application, is from an A&P with IA authorization that said Michael helped him restore a North American T6.

On behalf of the MN Pilots Association we want to congratulate Michael on receiving this scholarship and wish him well in the field of aviation. The recipient of the Janette Strathy Aviation Scholarship is Chelsea Montgomery, from Bloomington, MN. While at Thomas Jefferson H.S. Chelsea participated in speech club, was a member of the National Honor Society and did volunteer work. She also took Post-Secondary Enrollment Option classes during her last two years of H.S. She then attended the University of Minnesota Carlson School of Management majoring in entrepreneurial management and political science. While in business school and working three different jobs, she purchased a share in a flying club at Crystal Airport in 2018 and received her Private Pilot license in 2019. Upon graduating from the U of M she was accepted in the flight-training program at ATP Flight School in Mesa, AZ. She is currently working on her commercial ticket and says the Janette Strathy Scholarship will help her accelerate the pace of flight training. She wants to get her CFI and instruct at ATP. Her ultimate goal is to one day fly commercially, volunteer to fly with the Veterans Airlift Command, and start an aviation related business, using her background in business.
Congratulations Chelsea, from the MN Pilots Association, and continued good luck.

Is A 406 ELT Worth It? Reduce Expectations 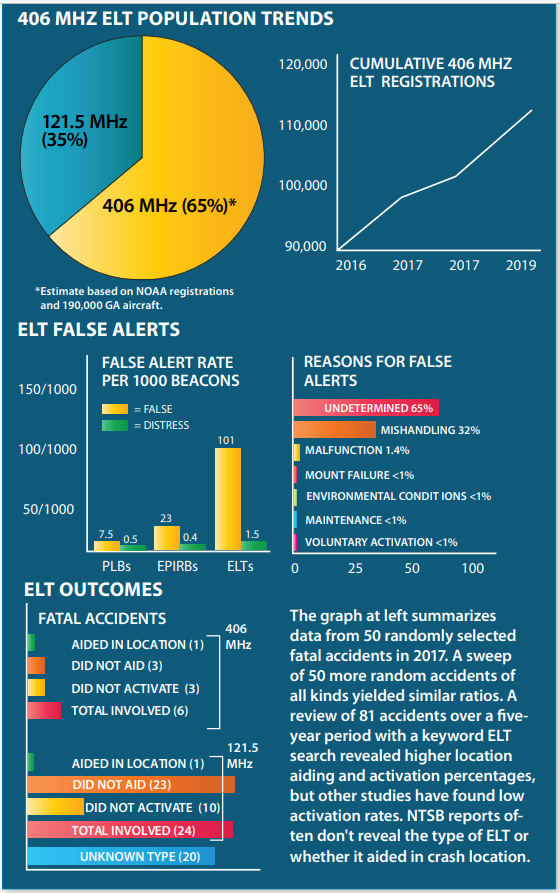 Every other summer, I torture myself with the $1500 biennial ELT switch flip. I install the required 24-month battery, wait for the minute hand to sweep past the top of the hour and press the test switch with bated breath. The crisp woop-woop of the truly ancient EBC 121.5 MHz beacon makes the Cub legal […] The post Is A 406 ELT Worth It? Reduce Expectations appeared first on AVweb. [...]

The T-7A Red Hawk advanced military training jet has officially entered the production line, according to an announcement from Boeing on Tuesday. The aircraft, originally called the T-X, was designed entirely using the company’s 3D model-based definition and data management systems. It is intended to replace the U.S. Air Force’s 60-year-old T-38 fleet and it […] The post Boeing Begins T-7A Red Hawk Production appeared first on AVweb. [...]

Piston Deliveries Hold On In A Down Year For GA Sales

The General Aviation Manufacturers Association released the final 2020 numbers showing piston aircraft suffering a small loss of less than 1 percent compared to 2019, while business jets and piston helicopters both fell by more than 20 percent. Other sectors were down as well, resulting in a drop of just under 10 percent for fixed-wing […] The post Piston Deliveries Hold On In A Down Year For GA Sales appeared first on AVweb. [...]

FAA Administrator Steve Dickson headlined an Aviation Safety Town Hall today that looked ahead to a post-COVID-19 landscape, saying the industry needs to take “proactive safety steps” to ensure the accident rates remain low as the airlines emerge from the pandemic downturn. “This town hall is part of a continuing dialogue that will help us […] The post Commercial Aviation Needs Proactive Safety Steps: FAA Admin Steve Dickson (Updated) appeared first on AVweb. [...]